Scrabdackle is coming to Kickstarter!

Remember in my last post when I said I just didn't have enough time to work on the project? I'm doing something about that!

Scrabdackle is coming to Kickstarter in 2021!

About a month ago, Graeme from 2 Left Thumbs reached out offering to help get the game funded on Kickstarter. We realized the timing isn't right to launch right now - I'd like to build up the community and put more in the demo, and we don't want to launch Dec/Jan/Feb as those are the worst months for crowdfunding - so we're aiming for a campaign around March 2021.

Coming on the heels of that... I've launched scrabdackle.com! 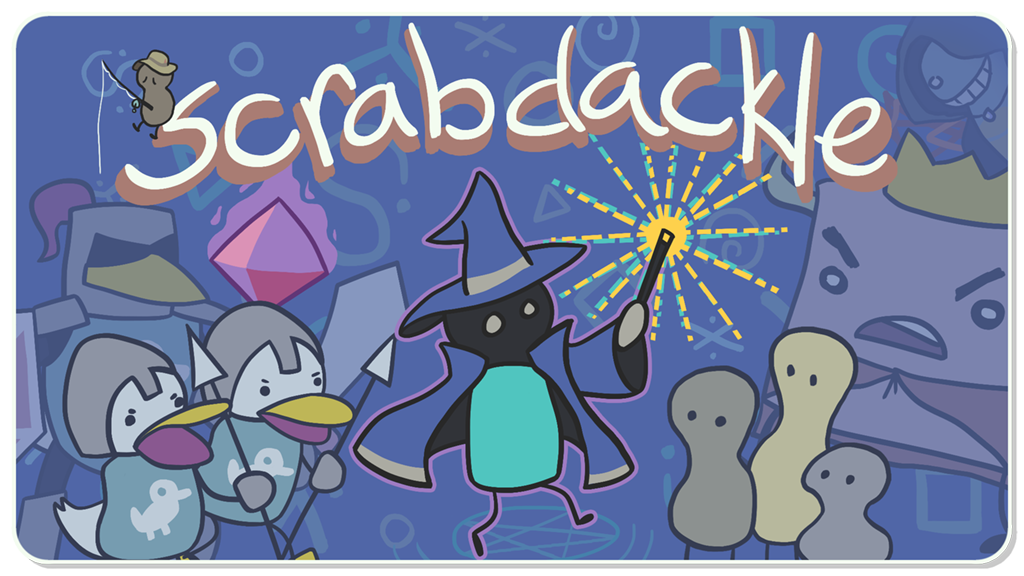 I've been working hard on the site, and we're hoping to use it to start building up a mailing list in advance of the Kickstarter campaign so that we can hit the ground running in the winter.

To that end, if you're interested in supporting or hearing more about the future campaign, please join the mailing list on the site above! This has been an absolutely fantastic community and I didn't really think I had a shot at making the game full-time when I was releasing the initial demo. It's looking possible now, but every bit of support counts, so I'd really appreciate it. Thank you!

Stay tuned to hear more, and as always, we'd be happy to have you on the Discord if you're not hanging out with us there already!

the hype is real